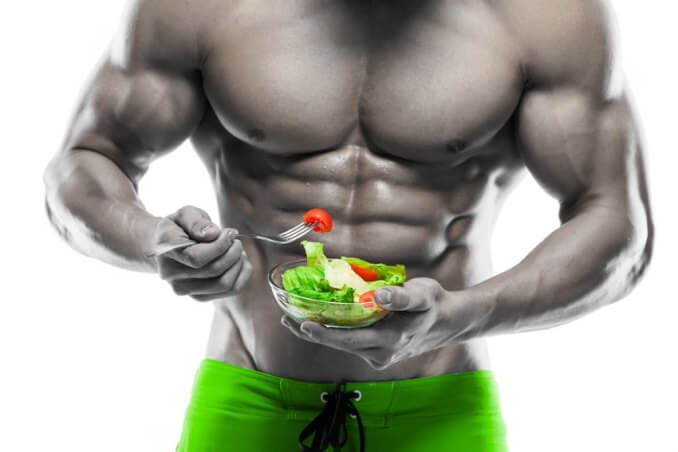 You come back from the gym feeling pretty tired, but good. You increased your reps today. Twelve hours later, your muscles feel pretty sore. Twenty four hours later, the pain is even worse. What on earth is happening to you? It could be DOMS.

DOMS stands for Delayed Onset Muscle Soreness. Any exercise that puts a new stress on your muscles may cause DOMS. This soreness is not the same as ‘acute soreness’. Acute soreness occurs during your workout. On the other hand, DOMS usually begins about 12 to 24 hours after you exercise. With DOMS, you may experience the most pain about 24 to 72 hours after exercise.

Many types of exercise cause DOMS. Strength training in particular, but also any kind of jumping, jogging, ball game or even step aerobics. It is believed that the soreness happens as a result of muscle damage. Inflammation occurs after the muscle damage, and that means soreness and pain.

I heard lactic acid build up causes DOMS. Is that true?

No. DOMS is not caused by the buildup of lactic acid. Instead, DOMS is a side effect of your body trying to repair itself from muscle damage. Other symptoms of DOMS include swelling and tenderness of your hands and legs, and stiffness of your joints.

I was told to put on some ice and take some non-steroidal anti-inflammatory medications (NSAIDS). Is there anything else I can do?

It is interesting that almost all health problems come back to nutrition. Eating plenty of all the right kinds of food solves so many daily health problems. Sore muscles are just one more problem that can be avoided. Here’s some foods that can help:

Curcumin (also known as turmeric) may help reduce DOMS. This is due to its anti-inflammatory and antioxidant effects. In fact, some experimental studies show that curcumin has similar anti-inflammatory effects as some of the commons NSAIDS on the market, including Celebrex and ibuprofen. A study found that 2.5g of oral curcumin taken twice a day (2 days before to 3 days after resistance exercise) reduced interleukin-6 and DOMS. Interleukin-6 is a marker of inflammation.

Quick Tip: Try having curries a couple times a week. Not only will your muscles thank you, but your taste buds as well!

Fresh pomegranate juice’s role in reducing DOMS is due to its anti-inflammatory and antioxidant effects. Pomegranate is an antioxidant powerhouse. It contains antioxidants such as anthocyanins, flavonoids, and ellagic acid. Compared to red wine, blueberry juice, cranberry juice, orange juice and green tea, pomegranate has the highest antioxidant activity.

A study found that giving Olympic weight lifters a 750ml (3 x 250ml) daily drink of fresh pomegranate juice two days before their training session and up to 2 days after their training session decreased their DOMS significantly. They also had less C reactive protein (a marker of inflammation) compared to those who did not take the juice.

Quick Tip: Use fresh pomegranate juice as one of your juices of choice. After all, if it’s good enough for these athletic giants!

How can it help you?

A recent study found that people given 300mg of oral saffron a day, 7 days before and 3 days after exercise, felt no pain. Now isn’t that amazing!

Quick Tip: Stumped as to what to do with saffron? Try making some Persian-inspired dishes like saffron chicken, saffron rice pudding, or Persian eggplant stew.

A study found that people given 420mg of cinnamon per day seven days before training and seven days after, had less DOMS.

Hate tart cherries? Well, you may learn to love them! Many studies have shown that Montmorency tart cherries are extremely helpful in helping you recover from sore muscle after exercise.

Why? They contain high levels of flavonoids and anthocyanins. These are extremely powerful antioxidants and anti-inflammatory agents which lower cyclooxygenase (a substance that causes inflammation and pain).

A study found that a twice daily supplementation of 30 ml of fresh tart cherry juice reduced DOMS and decreased interleukin-6 in semi-professional soccer players. The supplement was given for 7 consecutive days (4 days pre- and on each of the three training days).

Allicin, a compound that results from crushing garlic, has been used to reduce DOMS. The effectiveness of garlic in DOMS is due to its antioxidant properties.

Well-trained athletes given an 80 mg allicin pill 2 weeks before exercise to 2 days after exercise decreased their DOMS and interleukin-6 levels compared to those who did not take the pill.

Quick Tip: Use crushed garlic to add more zest to your dishes.